The real state of Scaled Agile

On Thursday I delivered the opening Keynote at Conferencia Agile Spain. They are an incredibly warm and supportive community. I highly recommend that speakers join them if they get the chance. ( The beer and tapas was fantastic! )

The talk started by introducing the Community of Needs / Solutions ( Video from LAScot ). Part of the talk explains how an idea progresses from “Need” to the “Chasm”. 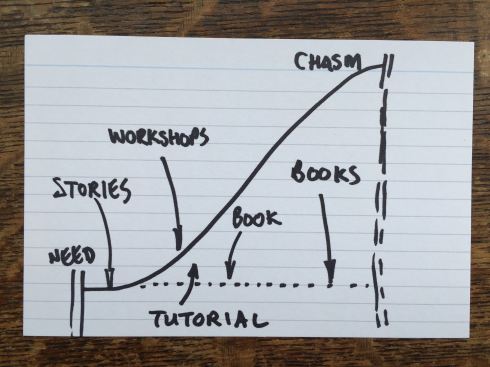 The journey from “Need” to “Chasm” involves the idea encountering new contexts (or Fitness Landscapes) that it was not originally invented in. As a result the idea is refined. An idea starts in one place (even though their might be several similar ideas being developed at the same time) with one small group of people. Initially the idea spreads by word of mouth with “first followers” who have direct access to the originators. Then people share in workshops with people with similar ideas. By the time the idea reaches the chasm, most people access the idea through “books”, and most of these people do not have access to the originators.

As an idea travels towards the chasm more and more people encounter it, and start to value it as they understand how it can help them in their context. 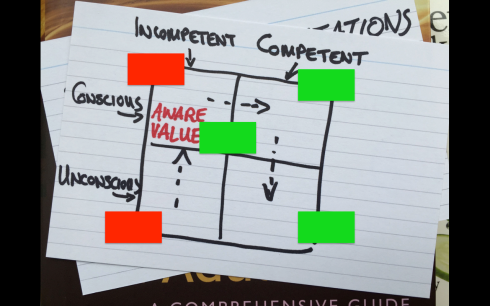 The results were much as I had expected.

If you listen to the people selling “Scaled Agile” frameworks, the consultancies selling Agile to executives who do not know what Agile is, they present an picture that looks like this. 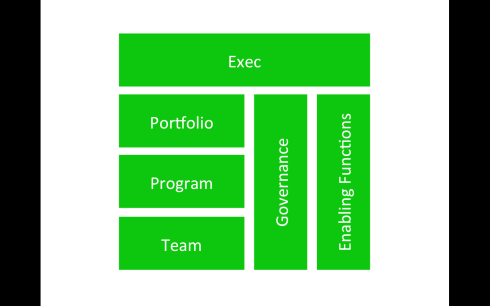 I’m not describing the Agile Consultancies who act with integrity. I’m not talking about ThoughtWorks, BJSS, Radtac and Leading Agile. I’m talking about the consultancies that sold Waterfall and Off-Shoring to their clients as the way forward. 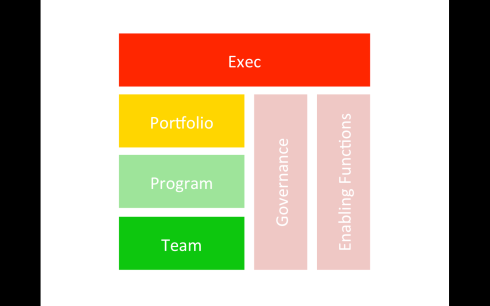 Now more than ever we need Communities of Need to try out the ideas in many contexts to ensure they are safe to cross the chasm to the unforgiving CEOs who live in a place that demands certainty, the realm of the early majority.

* The ideas/tools I referenced in the talk are: