I was wrong about Culture – “Pasted Values”

I’d rather be wrong than right. For some time it appears that my thinking about culture has been wrong. It probably explains why I have had little success trying to change it. I still think that seeing culture is an important first step. However, the model about the underlying principles that drive culture is obviously wrong. (The model is presented here and here).

The model is based on the work of Edgar Schein (My mentor Marc Burgauer introduced me to his work). Edgar Schein’s model talks about espoused values and assumptions. I had interpreted this to mean that behaviour in an organisation (in a Karl Weick sense) is driven by the underlying value function of the organisation. To represent the value function, I use the financial definition as it is the most useful and general model that I’m aware of and can be used to model learning. The hypothesis was that if we can change an organisation’s values, the behaviour would change.

Today whilst listening to Charles Duhig’s “The Power of Habit” I realised that my hypothesis was wrong and I had been ignoring the obvious. Culture is not just an expression of an organisation’s values, it is also based on a set of organisational habits.

Imagine an excel spreadsheet where we write some function:

Now if we change the excel function to be:

That was my naive interpretation of culture. All I needed to do was help people see a new way of looking at the world (the phenomenology), a new value function and the behaviour would change.

What I had failed to understand was that most people do not re-evaluate their value function every time they do something. Instead, its as if they copy the Excel Cell and “Paste Value” so that the sell always contains the value “do A”. Either that, or they have turned off automatic calculations and need to press <F9> to update the value in the cell to “do B”.

In “Thinking Fast & Slow”, Daniel Kahneman talks about System One and System Two. System One is automatic whereas System Two is the one that does critical thinking and evaluation. We need system one which is fast and unthinking because system two is slow and takes more effort. In effect, when we encounter a culture, most of it operates in System One and my solution was to engage System Two.

So I’ve broken my model of understanding for culture. I was wrong. My prize is that to understand culture change, I need to know about “habit change”, addiction, CBT, and a bunch of other stuff . If you know of any good resources or other things I need to know, please leave them in a comment.

Today I realised I was wrong. Now I have better chance of a better tomorrow.

The three types of data are:

To describe the three different data types, consider the following example report. Students are allowed to withdraw money from an account. A limit is applied to how much a student can withdraw each month. A student can choose to override the limit but any override needs to be approved by a responsible adult. This report shows those transactions that override the limit.

Data entered into the system from outside the system

In this example, the Student Name, Monthly Limit, Withdrawal Amount and reason to override the limit. All of these data items need to be enter either via a user interface or a system interface.

These are the values that are calculated within the system. In this example the balance and the % above limit. To indicate that these are calculated value, I prefix the name with “get”. Account.getBalance and Transaction.get%AboveLimit.

Data created by processes in the system

These values are created by processes in the system. In this example, Date, Approved by and Approval Date. These values are all populated in a THEN in a GIVEN-WHEN-THEN statement. We start at the last step in the process which in this case is the approval.

Similarly (and ignoring the approval e:mail steps in between)

Understanding the three types of data means you ensure the correct approach for populating them is adopted.

This blog post was inpired by a conversation with Rekha Kusumanchi about the Cotswold Way. My thanks to Rekha.

The Cotswold Way is an Agile approach to business analysis, developed by Kent McDonald and myself. 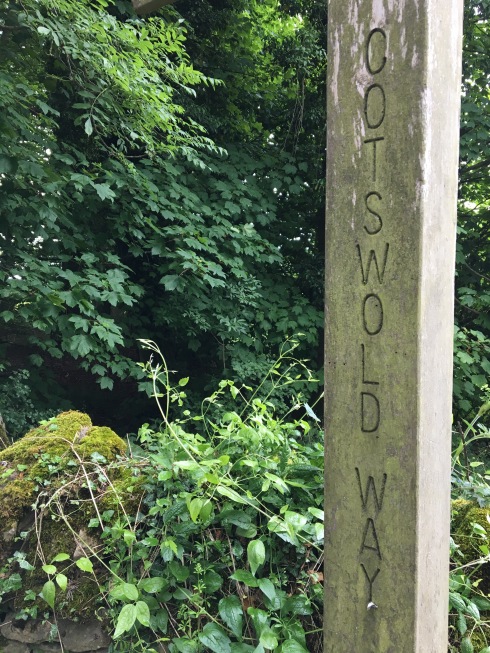 Before you start, you need to identify whether you should be doing Business Analysis, Product Management or JFDI. Cynefin is a particularly useful tool to determine which approach.

The problem with BAs and Story writing in general is that most people think of it as an art form or a brainstorming activity. In fact there is a very simple directed process that Jenny Martin elegantly summarise as OOPSI (Outcome, Output, Process, Scenario, Input), and if you do it backwards, it ISPOO…

The process that I now refer to as the Cotswold Way is a further elaboration of the approach that Kent and I created called Feature Injection.

There are seven simple steps in the Cotswold Way:

This process takes HOURS rather than days.

Want to get started? Its simple, ask your user or business stakeholder to sketch the output they want rather than describe what they want to you.

Blog posts providing detailed examples of the steps above to follow.