Just over a week ago, Vasco Duarte, my good friend and leader in the #NoEstimates tribe posted this tweet during a mammoth twitter conversation about #NoEstimates and SWAG Estimates:

I realised that there may be some misunderstanding the purpose of SWAGS, and in particular the relationship with the #NoEstimates movement. 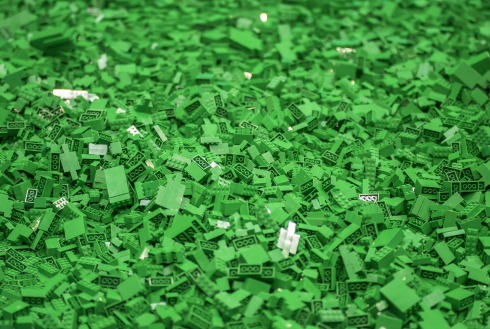 Story Points are crack cocaine for managers who want to believe in a world where they have more accuracy than they really do. Story points, if used at all, should only be used by the development team and the product owner to communicate relative effort. In order to create a story point estimate, the product owner must present a story to the development team that meets the definition of ready for the team. Typically this occurs one or two sprints before the team work on the story. Often the definition of ready includes the product owner taking the story through a “Three Amigoes” session with a developer and tester. This is after the product owner has detailed the story including acceptance criteria, often in the Given-When-Then format. In other words, a large amount of effort is normally required before a story is ready for the team to give a story point estimate.

So within the sprint, some teams choose to use story points and often more mature teams will simply rely on the story count. Outside the sprint, story count is the only sensible option for estimating the lead time for an Epic that spans more than one sprint.

This is where SWAGs or Sweet Wild Assed Guesses are useful. (At Skype, that is the name that we put on the field label in Jira).

At Skype, a number of us including Tony Grout and Lisa Long developed Capacity Planning, a mechanism to coordinate all of the development of Skype and Lync (now Skype for Business). The Product Executives and Managers would prioritise the backlog for the next quarter based on the capacity of individual teams. A large number of the initiatives that went into capacity planning did not make the cut because they relied on work by a team whose capacity was being used on higher priority initiatives. As a result, we needed a cheap and simple way to estimate the effort required from a team. We used a SWAG, an estimate of how many weeks it would take a team to develop a piece of work. The SWAG was good enough to help us understand how much work a team could do in the quarter. It was understood that SWAGs were not accurate and we frequently referenced the work of Todd Little and Troy Magennis that stated the actual versus estimate followed a log-normal (Weibel) distribution with a most likely actual being double the estimate.

The SWAG estimate was used in the Capacity Planning Process that occurred weeks and months before the stories in the epic were broken down into stories. Once the stories were available, they were used on some initiatives to track progress using just the count of stories.

Subsequently Dan North introduced me to his client, a large American bank, were I introduced them to the same process. Since then the approach has been used in further organisations, large and smaller.

The key issue that Vasco’s tweet asked if we had compared estimates with story counts… The problem is that the story count does not become available until weeks and months after the capacity planning session where we needed them. Not only that, but we did not want to put the effort into breaking down Epics into stories when we might not even build the Epics if they were blocked by other work.

As a result, I suspect that SWAGs and #NoEstimates are complimentary rather than in conflict with each other.

Currently an “engineering performance coach” because “transformation” and “Agile” are now toxic. In the past, “Transformation lead”, “Agile Coach”, “Programme Manager”, “Project Manager”, “Business Analyst”, and “Developer”. Did some stuff with the Agile Community. Put the “Given” into “Given-When-Then”. Discovered “Real Options” END_OF_DOCUMENT_TOKEN_TO_BE_REPLACED
This entry was posted on Sunday, April 15th, 2018 at 5:47 pm and posted in Uncategorized. You can follow any responses to this entry through the RSS 2.0 feed.
« I was wrong about Culture – “Pasted Values”
Three Steps to Scaled Agile »

One response to “#NoEstimates and SWAG Estimates”