Yesterday I was chatting to Marc Burgauer when one of us said “Leaders need to be facilitators, not decision makers.” Marc tweeted this and a small conversation ensued. Although a small thing, it is an example of many of the innovations that I have been involved in. Two or more people come together, have a conversation and as the result of the conversation, a new idea pops up. Whilst the romantic image of the lone inventor locked in their laboratory (USA) or garden shed (England) might make for good stories, my experience is that the water cooler is a much more fertile environment for innovation. 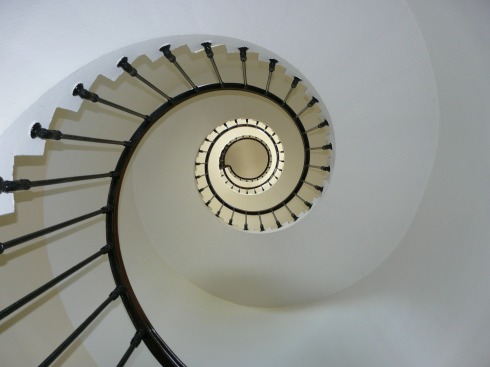 Many executives leave serendipitous conversations to chance, hoping that they will happen naturally. Other executives manage for serendipity, creating environments that increase the chances of it happening (or altering the dispositionality of the fitness landscape for those of a Cynefin persuasion).

At Agile2008 in Toronto I spent the first two or three days catching up with people to find out what they were up to and what they were interested in. On the last day I introduced people to each based on the things I’d discovered in the first few days. It was a selfish experiment to see if I could spark some innovation and I had the hope that someone would contact me with some cool new idea that one of the conversations had produced. Like many poor scientists, my follow up was, well, poor and so I do not know what came of the experiment. I still like to introduce people, it saves me the hassle of learning from both parties and then distilling their separate ideas into something new.

When Skype moved its London office from our tired old building to a new one of glass and polished stone, Mark Gillett has chance encounters in mind. The Skype office in London was spread over three floors linked with a flourish by an elegant spiral staircase at its heart. It was not possible for two people to pass without engaging with each other. Furthermore, coffee and tea were in two different kitchen spaces on the opposite sides of the social spaces, forcing people to cross the central line. All of this was deliberately designed by Mark to increase collisions,  ad-hoc conversations and ‘nudge’ more and better (quality) interaction and team cohesion. As for Mark, his status in the organisation dictated he have a corner office on the top floor but he chose an office on the middle floor, close to its heart (staircase). This afforded him the opportunity to engage in ad-hoc conversations and de-mystyfy the ‘layers’ as the organisation scaled.

Friday over lunch, Mark Thias introduced me to Proxfinity, one the startups he works with. Proxfinity offers a badge to be worn at conferences that informs you when people with similar interests are nearby. Imagine walking through your office at work and the badge beeps to tell you that a fellow BDD enthusiast is nearby. A tool to build communities of practice and help automate serendipity in your organisation.

I have worked in offices where you can get from your desk to the outside without bumping into another person. Offices where social spaces are off the beaten track and hard to find. Pretty offices where the workers are forced to bend their way of working to the building. Offices where interaction only occurs deliberately.

Currently an “engineering performance coach” because “transformation” and “Agile” are now toxic. In the past, “Transformation lead”, “Agile Coach”, “Programme Manager”, “Project Manager”, “Business Analyst”, and “Developer”. Did some stuff with the Agile Community. Put the “Given” into “Given-When-Then”. Discovered “Real Options” END_OF_DOCUMENT_TOKEN_TO_BE_REPLACED
This entry was posted on Sunday, February 24th, 2019 at 3:35 pm and posted in Uncategorized. You can follow any responses to this entry through the RSS 2.0 feed.
« “Go to the Gemba” and the Power Distance Index
The tragedy of Given-When-Then. »

One response to “Managing Serendipity.”